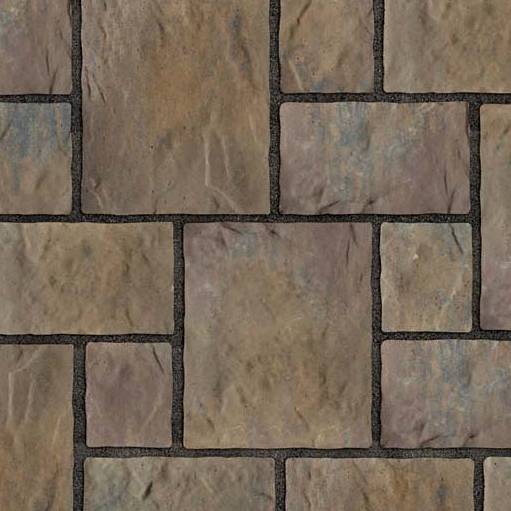 Thornbury is similar to Beacon Hill Flagstone in its resemblance to natural cut stone, but is more dramatic in its surface texture and smaller in scale. A larger joint space between units adds to a more rugged look and enables water to flow through when the product is installed on a permeable base. Thornbury is a popular choice for driveways as its scale makes it capable of handling vehicular loads, and its permeability can significantly reduce puddling and ice build up in winter. Sold in a random bundle, three moderately sized units can be laid in a number of patterns for a more, or less, random appearance for virtually any application, all with the added reassurance of Enduracolor™.